Despite all the turmoil in the world, led by COVID‐19, the US Presidential Election horserace has had a very consistent result for months: Joe Biden is clearly leading, but Donald Trump still has enough time and space to come back. 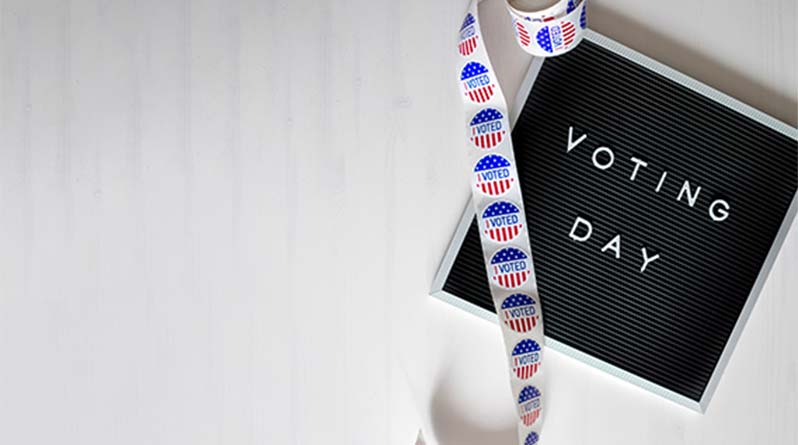 Photo by: Element5 Digital from Pexels

This headline is both boring and mushy—boring because it doesn’t skew towards momentum‐based speculation that the race is tightening, and mushy because it’s not proclaiming Biden as the clear winner.

As of September 25th, the current state of the race is:

If you want more resources on election analysis, we have a few websites and individuals to suggest:

Besides benefiting from a larger polling lead, Biden’s paths to victory are more diversified than Clinton’s ever were. Biden can win by reclaiming Pennsylvania, Michigan, and Wisconsin, but he also is leading in Florida and Arizona, and is very close in North Carolina, Georgia, and Texas. To be sure, Biden could lose all of these states, but part of the reason Trump’s reelection prospects are precarious is that his path to victory is narrow.

Finally, The Economist’s forecast also shows astonishing stability to the race over recent months. Apparently the country is so polarized that seemingly no event—be it the pandemic, the ensuing global recession, the nationwide Black Lives Matter protests—will move the needle very much: 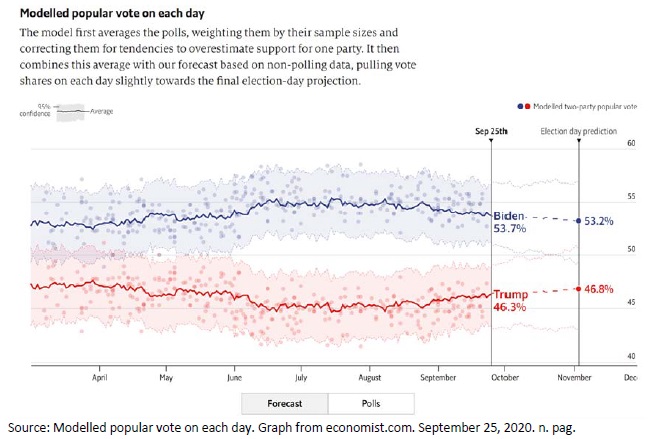 According to 538’s presidential approval calculator, at https://projects.fivethirtyeight.com/trump‐approval‐ratings/?ex_cid=rrpromo, Trump’s approval rating over the past 4 years has been more stable, albeit usually underwater, than any president’s since at least the Truman administration in 1945. Love him or loathe him, opinion of Donald Trump has barely budged for years. 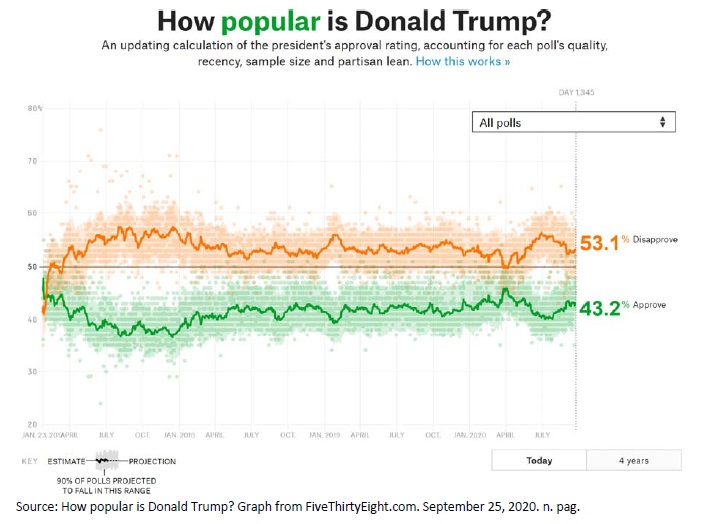 Finally, it may be useful to describe Trump’s election odds with a more familiar analogy— football.

Would you rather have the lead in such circumstances? Absolutely. But the race is far from over.

This material is not intended as an offer or solicitation for the purchase or sale of any financial instrument or investment strategy. Certain material in this work is proprietary to and copyrighted by Peak Advisor Alliance and is used by JMS Capital Group Wealth Services LLC with permission. This material has been prepared for informational purposes only, and is not intended to provide, and should not be relied on for, accounting and legal or tax advice. Any forecasts contained herein are for illustrative purposes only and are not to be relied upon as advice or interpreted as a recommendation.