As with all elections, about half the country will be pleased (and half the country displeased) with the final outcome. With respect to the 2020 elections, US markets have taken the results in stride - the S&P 500 rose over 2% on Wednesday and (despite a 1% fall on Friday) over 6% for the week. 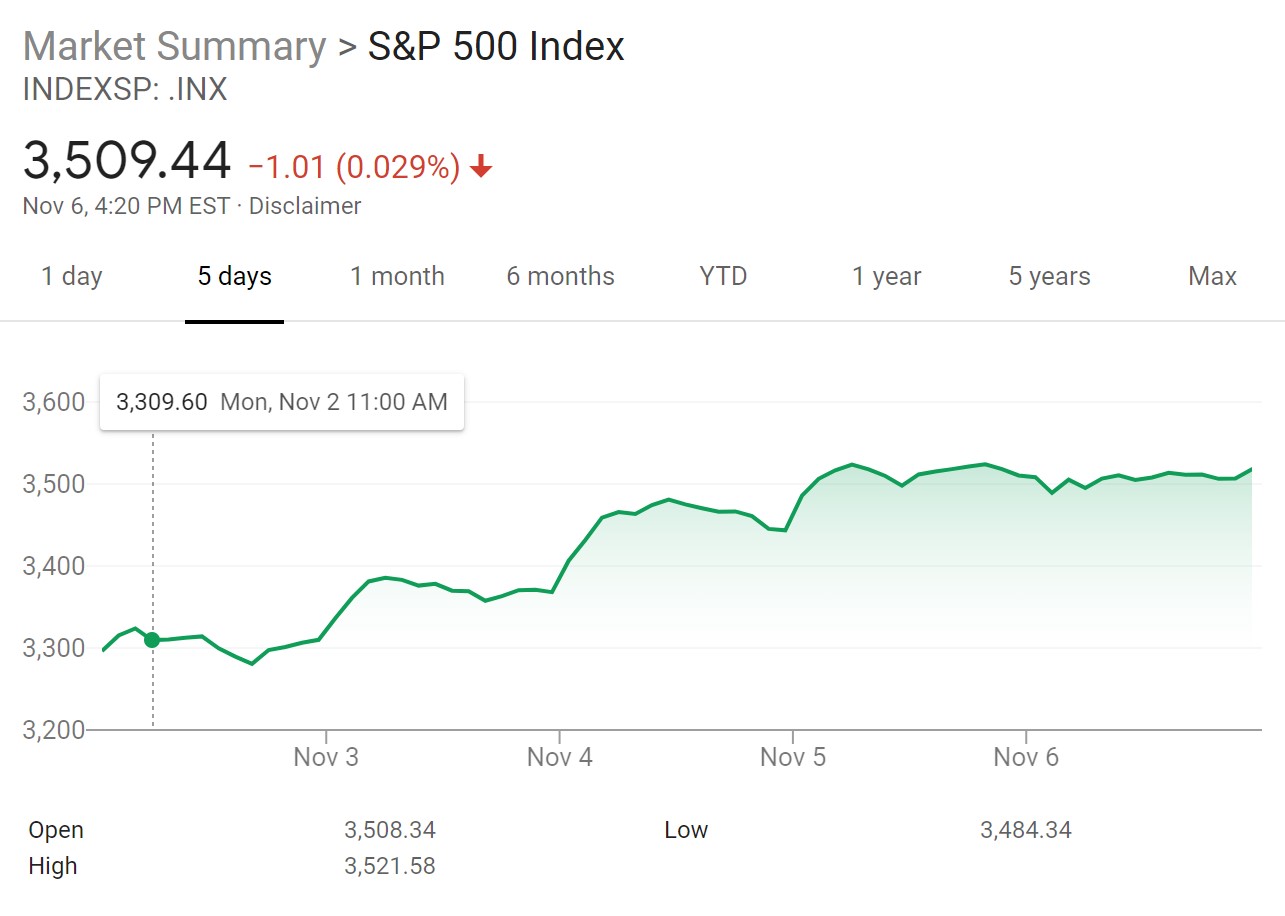 It’s important to note that although Joe Biden won the Presidency, Republicans are likely to control the Senate, meaning that legislation may be a rare sighting. Possible reasons for markets to be pleased by this divided government include:

Even if Democrats gain a Senate majority by winning the 2 Georgia runoff elections in January, the above conclusions will not change much, as moderate Democrats would probably limit any tax hikes or antitrust fervor. The largest impact of an upset win for Democrats in January would probably be greater fiscal stimulus, which may well be welcomed by markets.

Right now, though, the most plausible outcome for the next 2-4 years is legislative and judicial gridlock, with a Republican Senate and conservative courts blocking major legislative or executive action. However, the markets tend to like checks and balances within the government, so gridlock could be a feature, and not a bug.