Checking in on Speculative Investments

Published May 19th, 2021 by JMSCapitalGroup

Gamestop made headlines in February for its reddit-fueled stock price boom. How has it done lately? 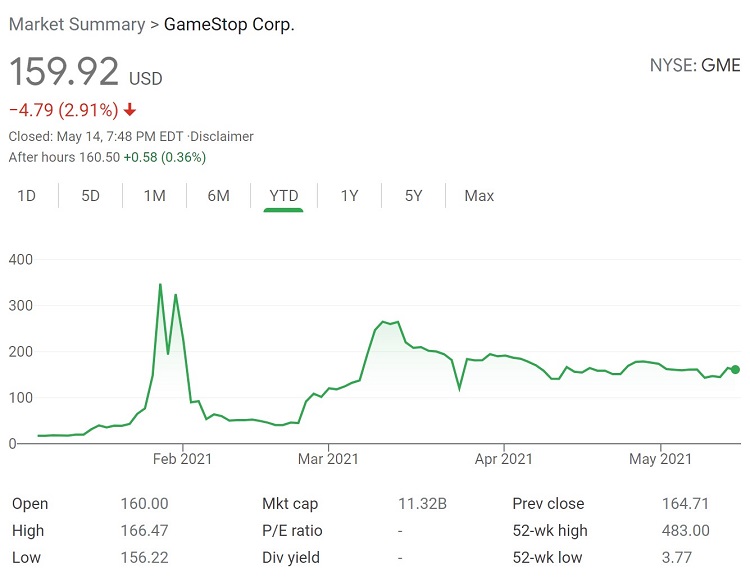 From $17 to $347 to $40 to $160, it’s been a rollercoaster ride for the stock. The 52 week lows and highs have the incredible span of $3.77 to $483. We were reminded to check in on gamestop after witnessing the recent adventures of dogecoin, the joke currency that’s no longer a joke: 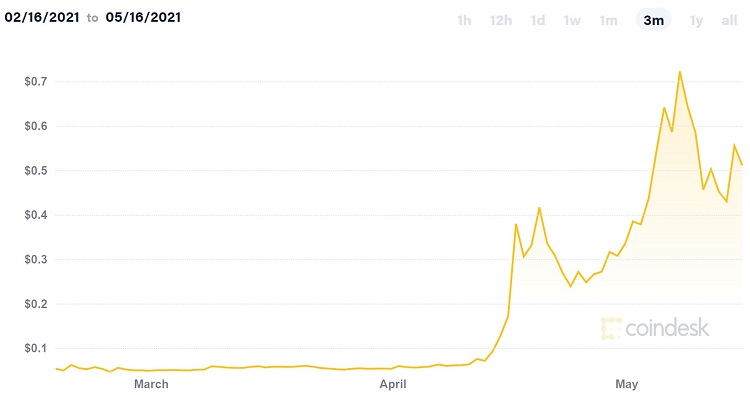 Despite its recent pullback, Dogecoin’s value has increased about tenfold in the last three months. Why? Bloomberg’s Matt Levine had an incisive anslysis of Dogecoin at https://www.bloomberg.com/opinion/articles/2021-02-08/elon-musk-works-his-magic-on-dogecoin-and-bitcoin back in February, when its value had risen from less than 1 cent to over 5 cents. Levine’s witticism that “the way finance works now is that things are valuable not based on their cash flows but on their proximity to Elon Musk.” And sure enough, when Elon Musk hosted Saturday Night Live on May 8th and joked that Dogecoin was “a hustle,”, Dogecoin declined 35% from Saturday morning to Sunday morning.

As Levine also observed, Dogecoin is “Gamestop stripped of all the distracting reality.” Arguments could be made that Gamestop was fundamentally undervalued by the market. Bitcoin has made significant inroads into acceptance as an alternative currency. But Dogecoin stands out as a social phenomenon, with a core of support from a devoted fan base, and a tendency to massively fluctuate whenever Elon Musk tweets about it. The internet has transformed social relationships over the past 30 years; it is understandable to speculate that the internet may also transform the nature of money itself, from currency backed by government to a currency mediated through the internet. Whether the values of Gamestop, Bitcoin, and Dogecoin will continue to surge over time, or whether they’ll crash, is likely to derive more from financial psychology than from bottom-up analysis, and on such matters, one can only speculate.