This weekend the Senate passed a $1.9 trillion COVID relief package. The House is expected to approve the bill later this week and send it on to President Biden for his signature. What’s in the bill? 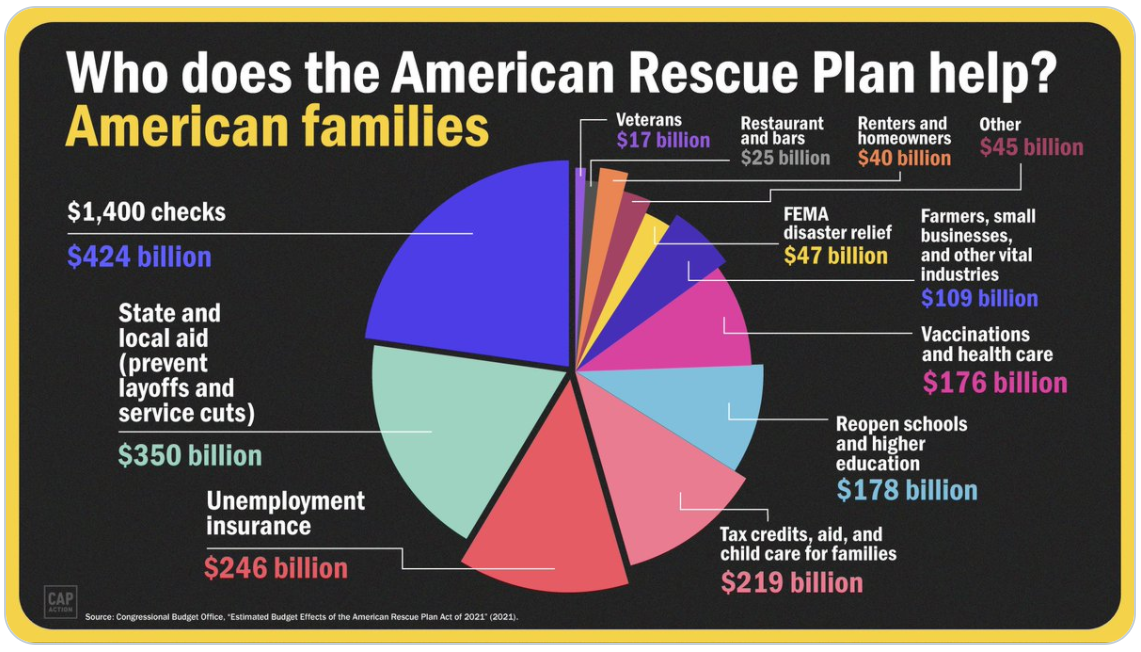 Many economists believe that the ill effects of the 2008 financial crisis, including stubbornly persistent unemployment, derived in part from relief and stimulus measures that, while large, were still insufficient to fully revive the economy.  Joe Biden and other Democratic leaders are hoping that this relief package ensures that history does not repeat itself.