The Fed meets again this week and while futures pricing data indicates that markets are broadly expecting another 75bp hike in the federal funds rate, there’s only about a 50/50 chance of yet another 75bp point hike following the Fed’s December meeting. Aden Barton at Full Stack Economics outlines the Fed’s concerns about preempting high inflation before it can become embedded in the economy.

Indeed, in 2022 the Fed has been historically aggressive in its attempts to curb inflation: 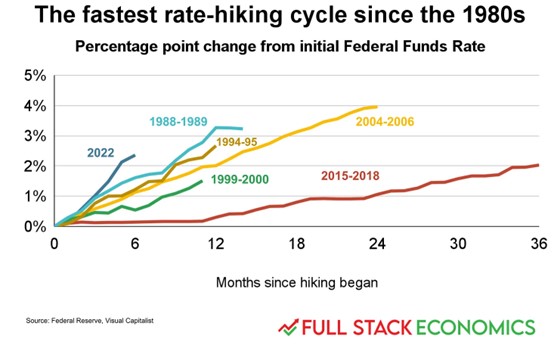 The Fed has been motivated by a desire to prevent inflation expectations from increasing and taking root—in such a world, workers would demand raises in expectation of ensuing higher prices, and consumers would rush to buy expensive goods before they become even more expensive.

So far, though, longer-term inflation expectations continue to stay fairly close to the Fed’s 2% target and stable: 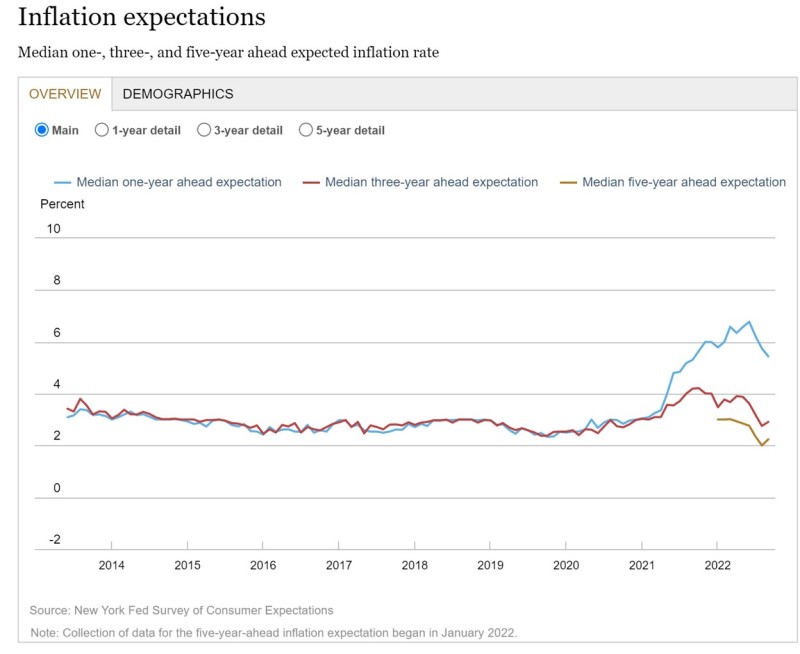 Inflation hawks would argue that it is the Fed’s aggressive anti-inflation rhetoric and actions that have kept inflation expectations low. Doves have suggested that the drivers of inflation expectations are poorly understood, and that the Fed may unnecessarily induce higher unemployment and a recession that causes economic pain across households and consumers.

There’s no good way to discern precisely why inflation expectations have remained low. Barton, via economist Claudia Sahm, observes that consumers are not rushing out and bidding up the prices of goods in anticipation of future price hikes:

Again, though, this chart suggests that consumers don’t expect high inflation to persist, but tells us nothing about why consumers have such a belief. Is it Fed hawkishness? The fact that inflation has been low for decades?

Barton’s belief is that in this time of uncertainty, Fed Chair Jerome Powell will tilt towards hawkishness. Jeanne Smialek also observed that Powell closed an August speech by stating that “we will keep at it until we feel confident the job is done.”

So far, though, raising rates has been the easy part for the Fed, as there’s been a broad consensus among economists that some economic cooling was needed. If the economy sinks into a recession and unemployment rises, that consensus may disappear, as the Fed could face a painful choice between keeping rates high and prolonging or deepening a recession, or lowering rates and risking above-target inflation that may prove more even more costly to contain later.