The Russian invasion of Ukraine has spurred debate in Europe about reducing its reliance on Russian natural gas. What steps Europe will take is unclear, but an initial reluctance to act has been understandable, as globalization of commerce in recent decades makes such a decoupling a difficult task in an interconnected world. Such change would likely be a long-term project, with a heavy focus on renewable energy. An electricity generation chart (for the US) via Barry Ritholtz highlights both how far we have come and how far there is still to go: 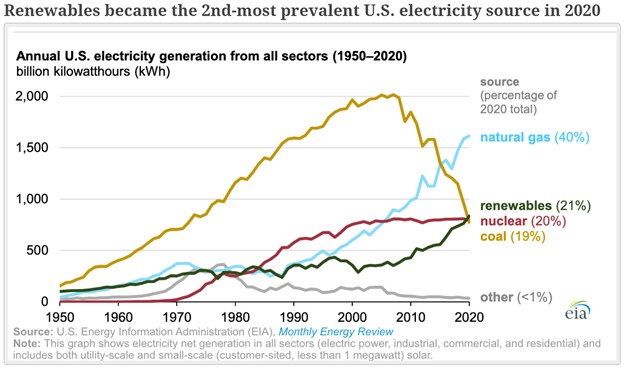 Renewables have now overtaken coal in the US, but remain well behind natural gas in electricity generation. The European project to increase energy generation from renewables and reduce dependence on gas may well bear rich fruit, but it is a long-term endeavor.

Similarly, while politicians of all stripes can tout production independence as an ethos, the US remains highly dependent on imports for much of its defense production. Also from Barry Ritholtz: 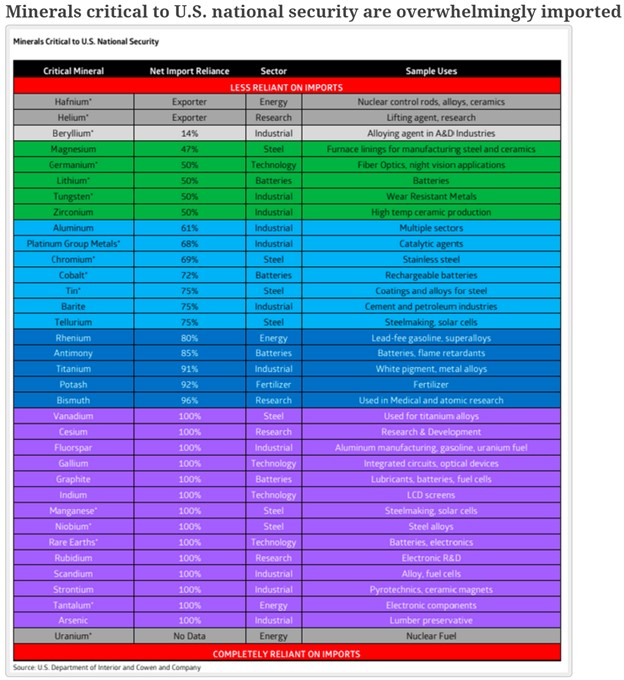 The US is reliant on imported raw materials for national security. But interconnectedness in trade is much more than just commodities—at the production level China has been a critical producer of goods for decades. In this respect, not much has changed over the past twenty years, as a chart from Rita Rudnik shows: 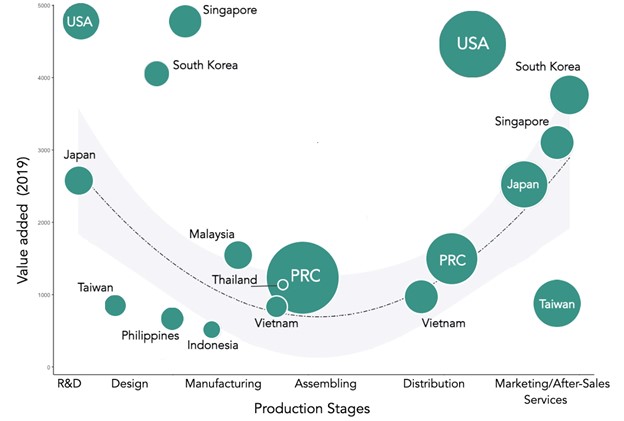 There’s a lot going on in the graph—one point of emphasis is the “smile curve” which represents value added as highest for areas such R&D and marketing, and lowest for manufacturing, assembling, and distribution. With respect to China, though, not much has changed in the past two decades—China is still a giant in the manufacturing world, but has seen limited movement up other segments of the value chain. Other countries, such as Vietnam and Malaysia, have started to take on a greater role in manufacturing, but are nowhere near displacing China in this area.

With the Russian invasion of Ukraine, there has been renewed interest in reducing dependency on foreign imports. However, any attempted de-linkage is unlikely to be a quick or easy process. For now and the intermediate future, if we’re concerned about, say, China’s posture towards Taiwan, we would simply note that while action against Taiwan could be very costly for China, in terms of potential sanctions and global economic disruption, it could also be very costly for the rest of the world.