Is a Recession Priced In?

With the S&P 500 in bear market territory and the Fed rapidly raising interest rates, it’s understandable to suggest that equities markets, by virtue of their downturn, have already priced in a recession. However, as Ben Carlson observes, bear markets and recessions don’t always go hand in hand, and markets can often run ahead of, or behind, the overall economy.

Carlson looks at several past recessions and the S&P 500’s relationship to each. During the 2008 financial crisis markets didn’t anticipate the severity of the impending recession: 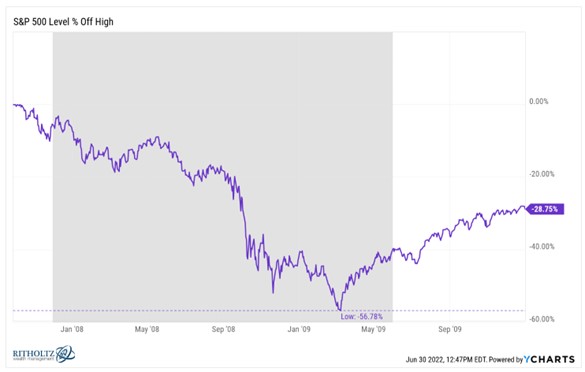 The S&P was down, but less than 10%, when the recession began. Bear market territory wasn’t reached until July of 2008, and the S&P still had much further to fall after that point.

2001 was more about shifting valuations, with the tech bubble bursting, rather than a recession, but the S&P 500 did a more creditable job anticipating this very mild recession (though it fell much further post-recession): 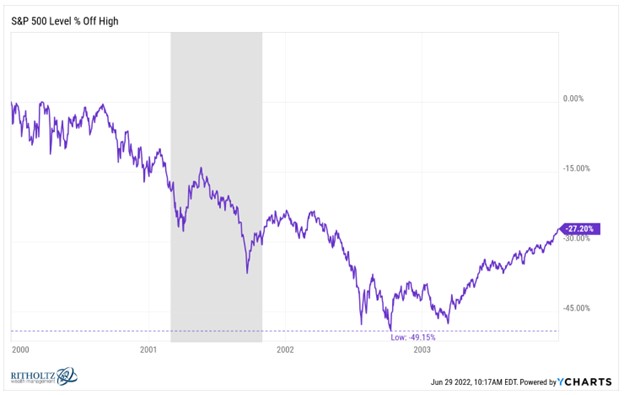 Given that today we’re witnessing the highest level of inflation in 40 years, it’s also natural to look back at the last period of such high inflation, in the late 1970s and early 1980s. The Fed sharply raised the already high federal funds rate even further, and was able to bring inflation down, at the cost of a painful recession. How did markets react during this time?