Russia – Ukraine and the Markets

How will the Russian invasion of Ukraine affect markets? While there have been large impacts so far on Russian markets and on the value of the ruble, in the US there hasn’t been much movement: 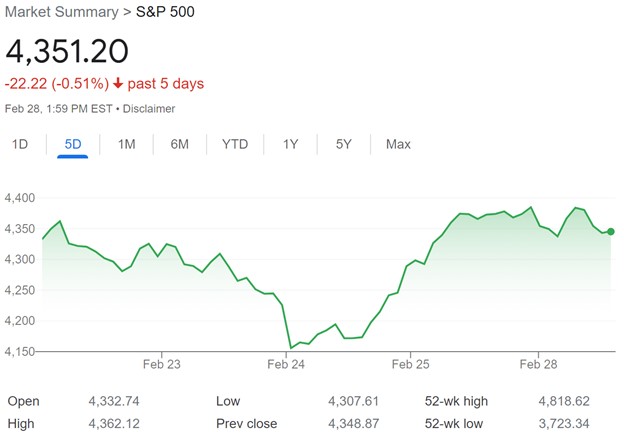 Did markets already “price in” the possibilities of war earlier this year? It’s impossible to rule out, but given the Russian market’s sharp decline upon the onset of the invasion, it seems more plausible that other factors take primacy, such as the impending rising rate environment in response to stubbornly high inflation.

The first chart illustrates that long-term market progress has not been held back by short-term events. The second chart is even more revealing: 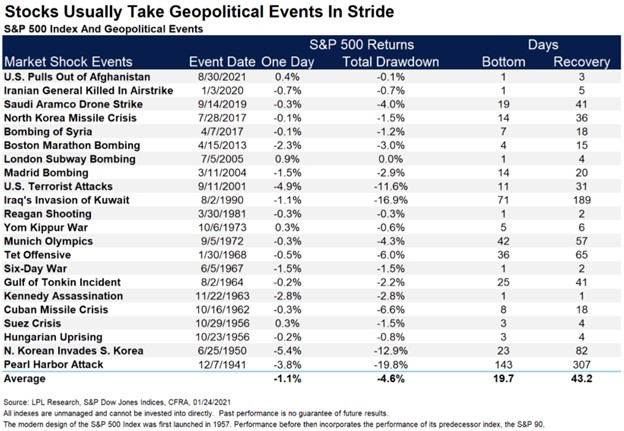 Most market shock events have a modest impact and limited duration. They may headline the news, but in the vast majority of cases the S&P recovers its losses within 60 days. Even after the biggest shock of all, Pearl Harbor, the S&P recovered its losses in less than a year, even with World War II raging.

With respect to the Russian invasion of Ukraine, in the near term there is the potential of continued oil price increases and increased inflationary pressure, but in the fog of war it’s difficult to project that with any certainty. If history is a guide, the market’s upward trajectory will continue apace—even if there is short-term pain to endure.