A Confluence of Good News

Given the receding pandemic, swift economic recovery, and rapid market growth, you might expect optimism to reign in this country. 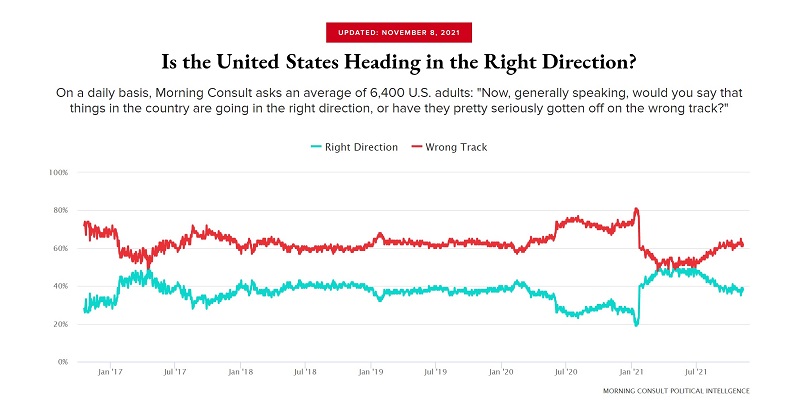 Alas, no. In fact, dissatisfaction has been in vogue for nearly two decades:

Sadly, the country’s mood may be heavily viewed through a partisan lens these days:

Hopefully we’ll someday move beyond “does my party hold the presidency” as the primary way of assessing the direction of the country, but today is not that day. But even amidst the incessantly grim mood of the country, we have had several bits of good news over the past week:

The days may be getting shorter, and winter may be coming, but the holidays are also near, and now may be as good a time as any to count our blessings.